Home
Life on the Job
Hands of Time

Jaideep Patel paid a visit to Steven Watch Fixology and spoke to the man of the moment Steven Cheong.

When watches and clocks stop ticking, people like Steven Cheong spring into action. He is the one-man crew of Steven Watch Fixology, one of KL’s most trusted watch repair and service centres. Steven has kept instruments of time running as they should for over 20 years, operating out of the quaint establishment that is Syarikat Wah Foong along the bustling Jalan Raja Laut in Chow Kit. 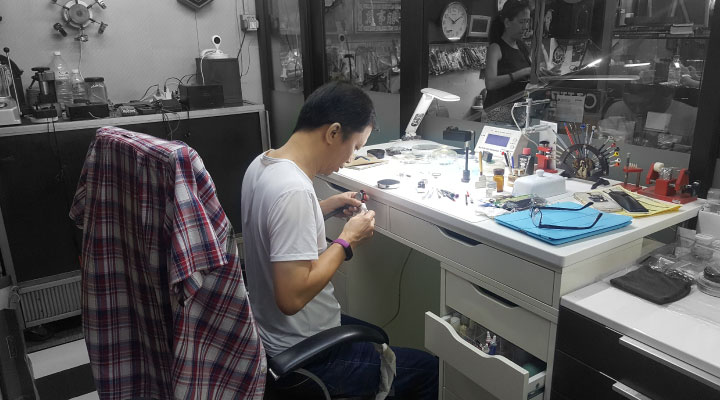 Tools of the trade

Stepping into Syarikat Wah Foong was an experience in itself. The first thing I noticed were the countless clocks hanging on the walls, welcoming me with their precise chiming and ticking. Having spotted me, Steven stepped out of his glass-walled workshop at the back and beckoned me to join him inside. Tools and machines take up most of the space inside this seemingly noiseless chamber – a stark contrast to the front part of the shop. In the middle of all the contraptions sits a worktable on which Steven performs his mechanical surgeries.

I started by asking him how he got into repairing and servicing watches. After all, it’s not a conventional business by any length of the imagination.

‘I inherited this trade directly from my grandfather, Cheong Wai, who was a watch repairman. My father, being the man he was, did not have the interest nor the patience to take it on. As a watch repairman, you have to sit in the workshop for long hours, concentrating on just one thing at a time. This didn’t suit my father’s style of working.’ 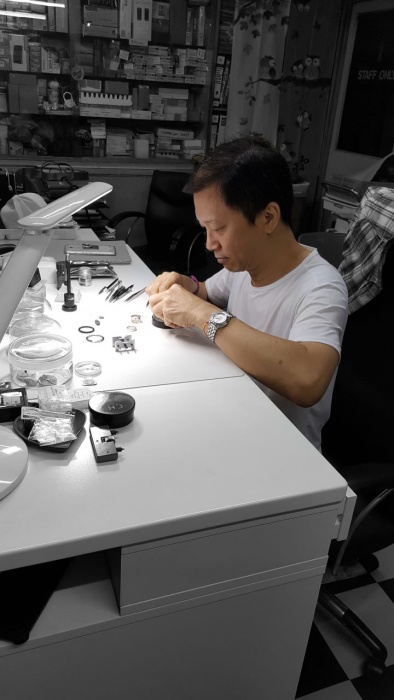 Steven’s foray into the world of watches started at an early age, when he used to observe his grandfather repair watches and clocks.

‘The interest really started in me during my schooling days when I used to hang around my grandfather’s shop. He gave me cheaper watches to open up and put back together.’

Steven, much like his grandfather before him, found the charm of constant challenges too hard to resist. ‘I immediately became interested in solving problems. When customers come in with their faulty watches and clocks, I do my best to fix them. I’m even more determined if they tell me they’ve previously been to repairmen who couldn’t or wouldn’t repair their items. I just want to be that guy who gets them running again.’

He then related a story about his grandfather’s dedication to his job during the brutal days of the Japanese Occupation.

‘My grandfather had to flee KL due to the persecution. He decided to lay low in Batu Arang, a small town near Rawang. One day, the Japanese made their way there and ordered everyone to come out of their homes. They were looking for men to send to work on the Burma Railway (infamously known as the Death Railway). My grandfather refused to step out of his house which doubled as a makeshift workshop. A few of the Japanese soldiers soon barged into his home and stumbled upon him repairing watches. They started pointing at his worktable and kept saying tokei which is the Japanese word for watch. They have such high regard for watch repairmen in Japan, so much so that when they found out my grandfather was one, they let him continue with his work!’ 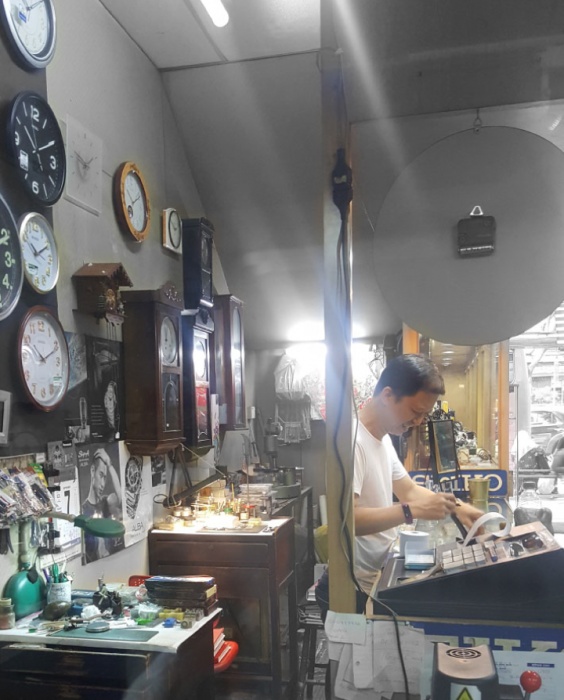 I then asked Steven about the future of family-owned businesses, specifically on passing on the business to the next generation. According to him, his children have no interest in carrying on with the craft. ‘I try to see it from their point of view. Office jobs seem more appealing to them compared to working in a shop. If you’re running your own business, you need to get used to working seven days a week and having all of your time tied up.’

‘The younger generation prefer to have more time on their hands. In the corporate sector, they have the luxury of working just five days a week,’ he mulled.

Despite the irony, Steven remains hopeful. ‘I told my children to go see how it is outside. If they ever get tired of working in the corporate sector after a while, I will gladly welcome them back. They always have the option of continuing on with the family business.’

Until that day comes, Steven will press on, breathing life into those tiny things made up of gears and springs. Things that remind us that time is rare and valuable to each and every one of us.

IT with a Twist: BDO’s Technology Advisory Services

While BDO offers many job opportunities to budding young auditors in Malaysia, its Technology Advisory Services (TAS) department opens up new prospects for IT and non-IT graduates alike. BDO shares with gradmalaysia how interested candidates can grow their careers in this new profession!

BDO: It Isn’t Just About Numbers

This established auditing firm didn’t thrive for 55 years by sticking to old tried-and-true traditions. Boasting an ever-evolving work environment that puts relationships first, we talk to BDO employees to catch a glimpse of its work culture.

Looking for something more in an internship? BDO Malaysia shares the exciting adventures awaiting you at the BDO MyASEAN Internship Programme! Intrigued? Read on to find out more!

Life On The Job: Management Associate

Amelia Chew Li Huay, Management Associate at Fraser & Neave Holdings Berhad tells gradmalaysia.com readers what it's like to be in his shoes!

You'll be able to apply for jobs and internships, save searches, and much more if you register for free today!

Personalised Job Alerts
We’ll remind you when job and internship deadlines are approaching, so you’ll have time to prepare the perfect application.

Get Headhunted for Jobs
Add your CV to get headhunted and invited to exclusive employer events.

Your Own Careers Dashboard
Keep track of all your job applications in one place. We’ll let you know when application deadlines are approaching.
Log-in to Apply for this Position!

Open days and events
Receive exclusive insiders' tips on finding the right job and getting hired.