How On Earth Do I Answer That?

Recruiters may throw curveballs at you to assess you in a different light. Here are ten actual examples to give you an insight into what your interviewers are looking for when they toss them your way.
Image 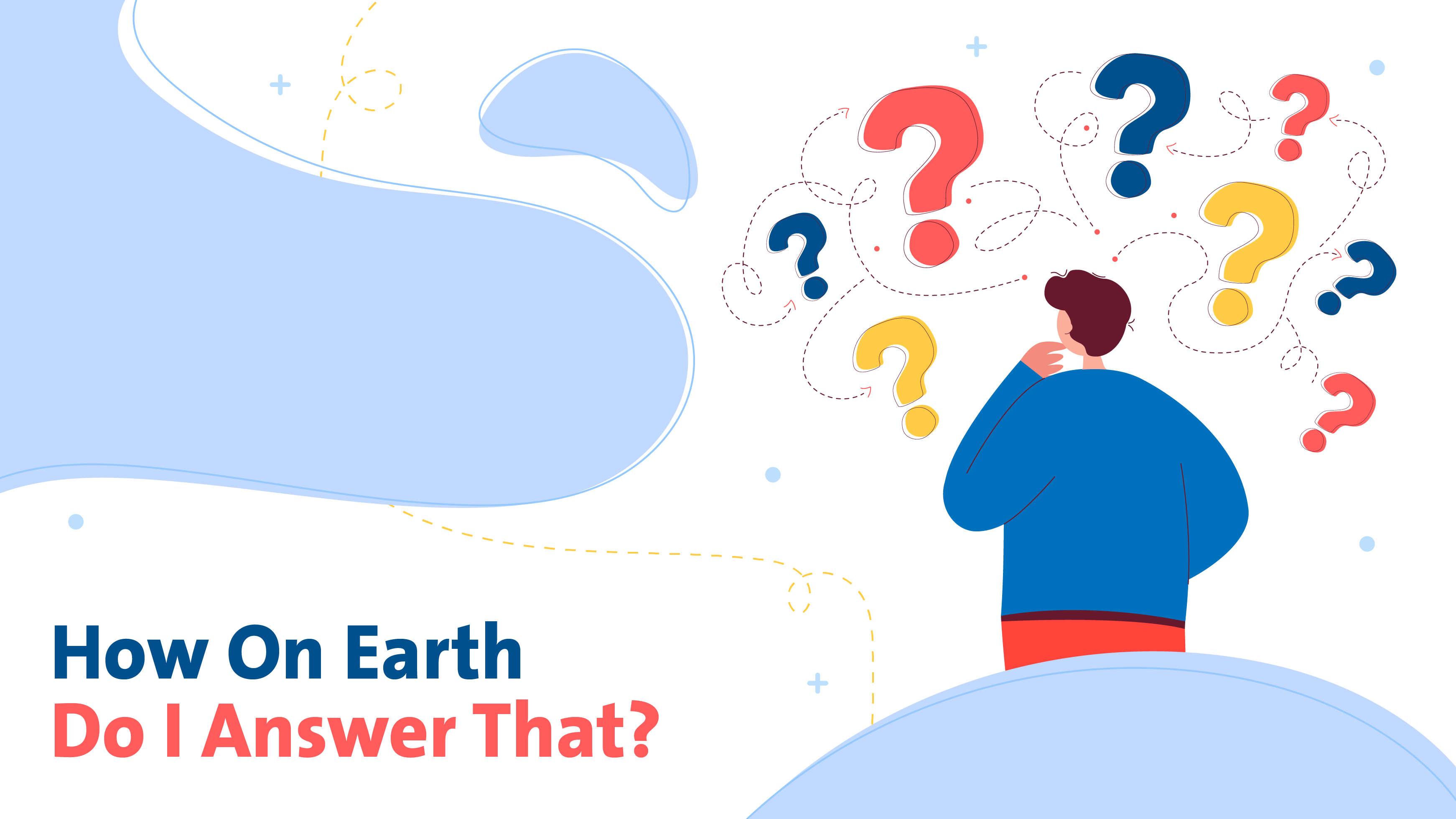 Deceptively easy, this question can be a hurdle for some people due to how vague it sounds. Make sure your answer has a clear focus, as this question will dictate the tone for the rest of the interview.

Skip the biographical information (e.g. how old you are, where you live, etc.) – your interviewers already have all that at hand.

Instead, tailor your answer to focus on topics that interest interviewers the most; such as your skill sets, past experiences, and your most important achievements.

Talk about the most recent work-related experience that you have, such as part-time jobs, internships, or positions in societies; and why those can help you qualify for the position.

Don’t divulge everything right off the bat, though. Think of this as a movie preview – you want to give only just enough information to pique their interest, and then let the ball roll from there on out.

2. 'Have you ever disagreed with a senior whose approach you felt was wrong?'

This is essentially a question that tests your critical reasoning capabilities. Did you have a valid reason for considering a senior’s methods wrong? If so, what did you do about it?

If you have encountered such a conflict in the past, then describe the situation, your reason for disagreeing, and the final outcome as diplomatically as possible.

You ideally want to describe a situation where things ended in a win-win.

Still, it’s important to note that even if the situation you’re recounting didn’t end on a good note, it’s not the end of the world.

Your interviewers are also interested in assessing your ability to stand firm on your principles, even when you are under pressure to bend.

3. 'Which of your achievements or experiences best demonstrates why you deserve this job?'

Every company runs a business – even charitable not-for-profits – and they will want someone who can help them improve their trade.

Recruiters pose this question to find out more about your sense for business, or other entrepreneurial traits you may have that they can bring into the company.

When answering this question, try to pick examples from your résumé that either have a commercial aspect or involve some form of management ability.

If – for instance – you’ve ever organised charity sales, taken part in a small business venture, or helped to restructure the workflow at a part-time job, then those are good picks.

More importantly, remember to highlight the (hopefully positive) results of those activities. That is the detail that your interviewers are most interested in.

4. 'Let’s pretend you just have average grades. All things being equal, why should I hire you over an honours graduate?'

Recruiters sometimes ask hypothetical questions like this one to test how well you think on your feet, so don’t get defensive if they throw you a curveball like this one!

Be humble and admit that while in this scenario, your academic results may not be as good as the rest, you still have other traits that make you a candidate worth considering.

Or, take the opportunity to expand on your passion for the line of work you are applying for.

This is a particularly poignant question for a Singaporean context. Recruiters want to see what kind of person you view yourself as if all they strip away all the trappings of grades and achievements that society prizes so much.

Use this opportunity to show them the 'naked' you!

Applicants tend to panic and try to conceal or downplay their failures. However, don’t be ashamed to admit to your mistakes... as long as you can prove that you’ve learned from them!

Adopt a positive attitude to the failure in question, and use this as an opportunity to show how much you’ve matured and improved.

Describe the situation and what you did, then pinpoint where you specifically think the mistake is.

Follow up with the lesson you learned as a result, and how you would approach the problem if it happens again.

This shows that you’ve taken time to reflect on your actions, and self-awareness is another important trait that employers look out for in employees.

It’s a good idea to stick to failures that originate from behaviours (such as impatience, bad time management) instead of inherent qualities (such as having no talent for math) – behaviours are easier to change than the latter.

6. 'Have you ever been told by a superior to compromise your integrity in order to achieve a goal?'

The objective of this question is clear: your interviewer is assessing your dedication to maintaining your integrity even when pressured by superiors.

At the same time, interviewers are also testing to see how you would handle sensitive information.

Would you be discrete and diplomatic, or would you take this as a chance to badmouth your supervisor and lecturers even as you reveal sensitive information?

If you’re confronted with a question like this one, always adopt an objective and professional stance. Be clear and concise, and make sure that you do not reveal any internal practices or name names when citing examples.

Oh, and though it may seem to go without saying, make sure the example you give is one where you chose to do 'the right thing'!

7. 'How would you manage over-competitive colleagues and office politics?'

Don’t respond with a knee-jerk 'I don’t take part in office politics!' – that just shows inexperience.

Power struggles exist in every workplace – no matter how big or small – and people are bound to experience it one way or another.

Instead of denying that you’ve ever been involved, just be as honest and authentic as possible. If you’ve encountered friends who’ve tried to steal the credit for something that you’ve done, did you manage to resolve the issue peacefully?

If there was a clear faction war going on in your student club, what did you do about it in order to create a win-win situation?

Ultimately, you want to prove to recruiters your commitment to the greater good of the organisation and getting the job done above all else – even despite the scruples of workplace politics.

This is another deceptively easy question. Most candidates would consider completing a difficult project, getting promoted, or making lots of money a 'success'.

But is it really, if you had to sacrifice the team spirit at your workplace to get there?

Recruiters ask this question to assess your work ethic, goals, and fit with their company culture. Are you an individual worker or are you a team player?

What is more important to you – achieving your goals regardless of the sacrifices, or compromising on your ambitions for the good of the company?

When answering this question, make sure that you know the role and purpose of your applied position, as well as how the company likes to see itself. Try to tie those points into your answer as closely as possible.

For example, if the company has a strong mentoring culture, you could talk about how you hope to grow with your mentor to the point of eventually managing and guiding a team of your own.

At the same time, don’t completely ignore your own beliefs either. As best as you can, give a balanced answer that focuses on the company’s success, your own ambitions, as well as maintaining harmonious working relationships within the company.

9. 'Do you consider yourself a leader?'

This is more than a simple yes-no question – your interviewers are asking you for demonstrable examples of leadership skills.

Draw from previous experiences where you had to mobilise a group people towards a common goal. However, make sure to draw a balance – avoid bragging about your achievements, but don’t be too humble either.

Good leaders know how to appropriately distribute credit where it’s due.

Once you’re done, address the question directly by summarising what kind of a leader you view yourself as.

Still, even if you claim that your leadership skills 'still need work', the fact that you have successful examples to give will have already told your interviewers everything they need to know!

10. 'Can you give me one reason why someone may not like working with you?'

This question is tricky because it automatically assigns a fault on you – someone may not like working with you because you are problematic.

Its purpose is two-fold: recruiters want to know if you have any personality issues that they have to take note of, and also to see how you will respond to criticism.

Try to find a balanced example where you were temporarily disliked, but where things were resolved later. As usual, keep your answers positive – focus on a 'sore point' that is actually a strength.

Whatever you do, don’t make sweeping statements like 'Nah, I don’t think anyone will have any issues working with me.' No one – not even the most charismatic, personable individual in the world – is 100 percent likeable, after all.

That’s just an unfortunate condition that we call 'being human'. 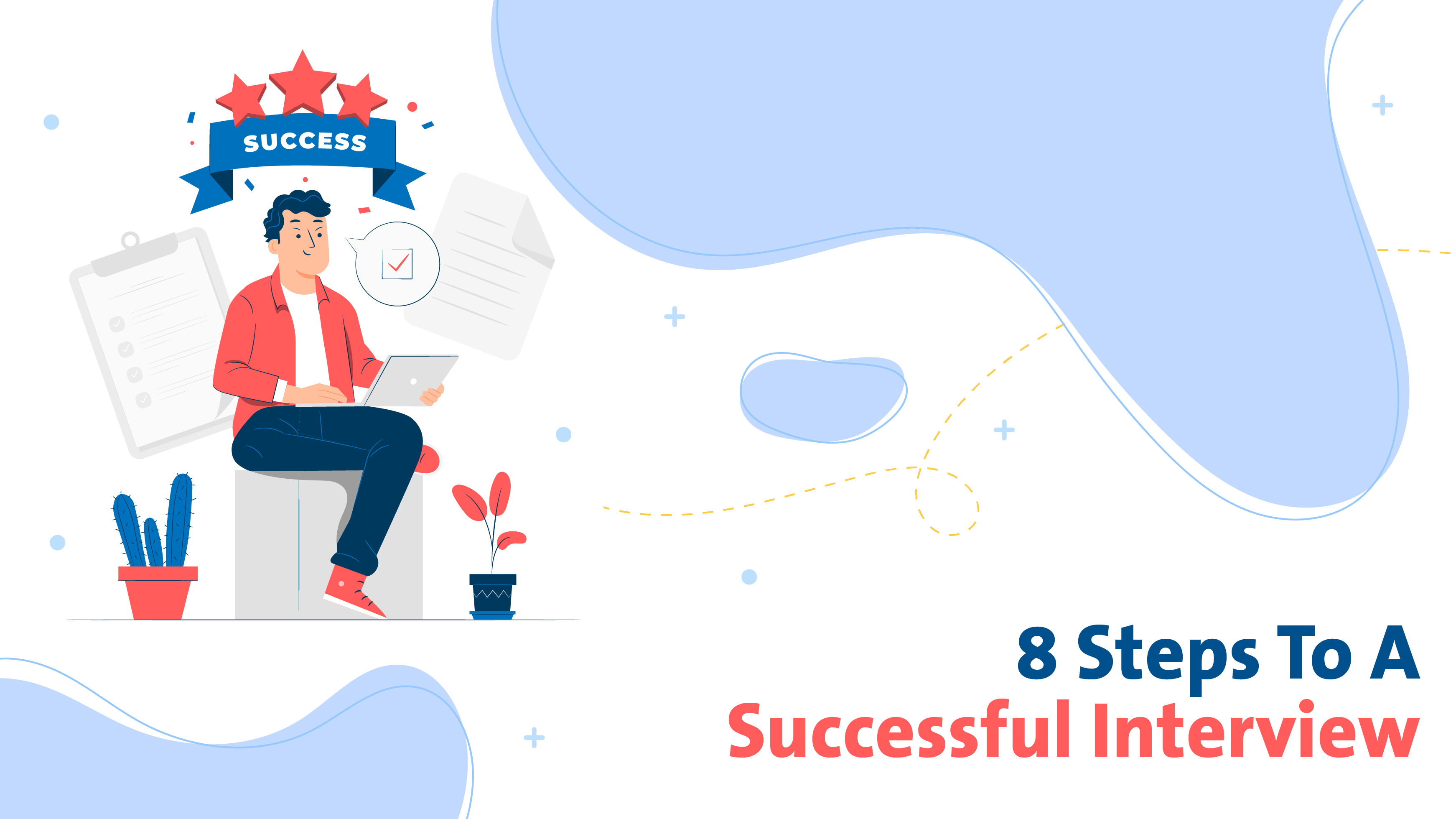 8 Steps To A Successful Interview
Here are 8 steps to help you think on your feet and prepare you for all eventualities during the interview. 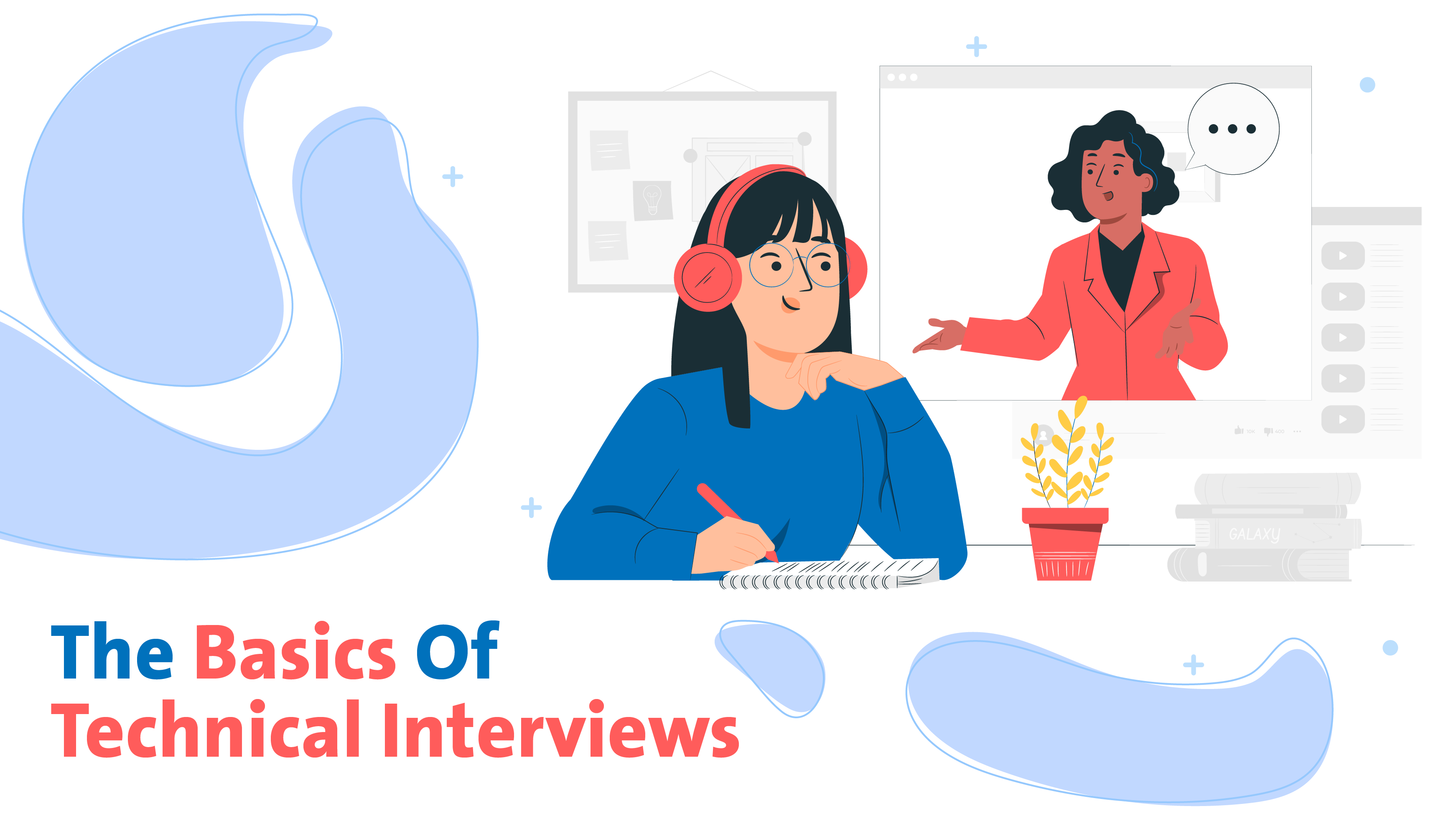 The Basics Of Technical Interviews
Technical interviews may be a different ballgame, but don't freak out. Read on to make sure you're well prepared for them. 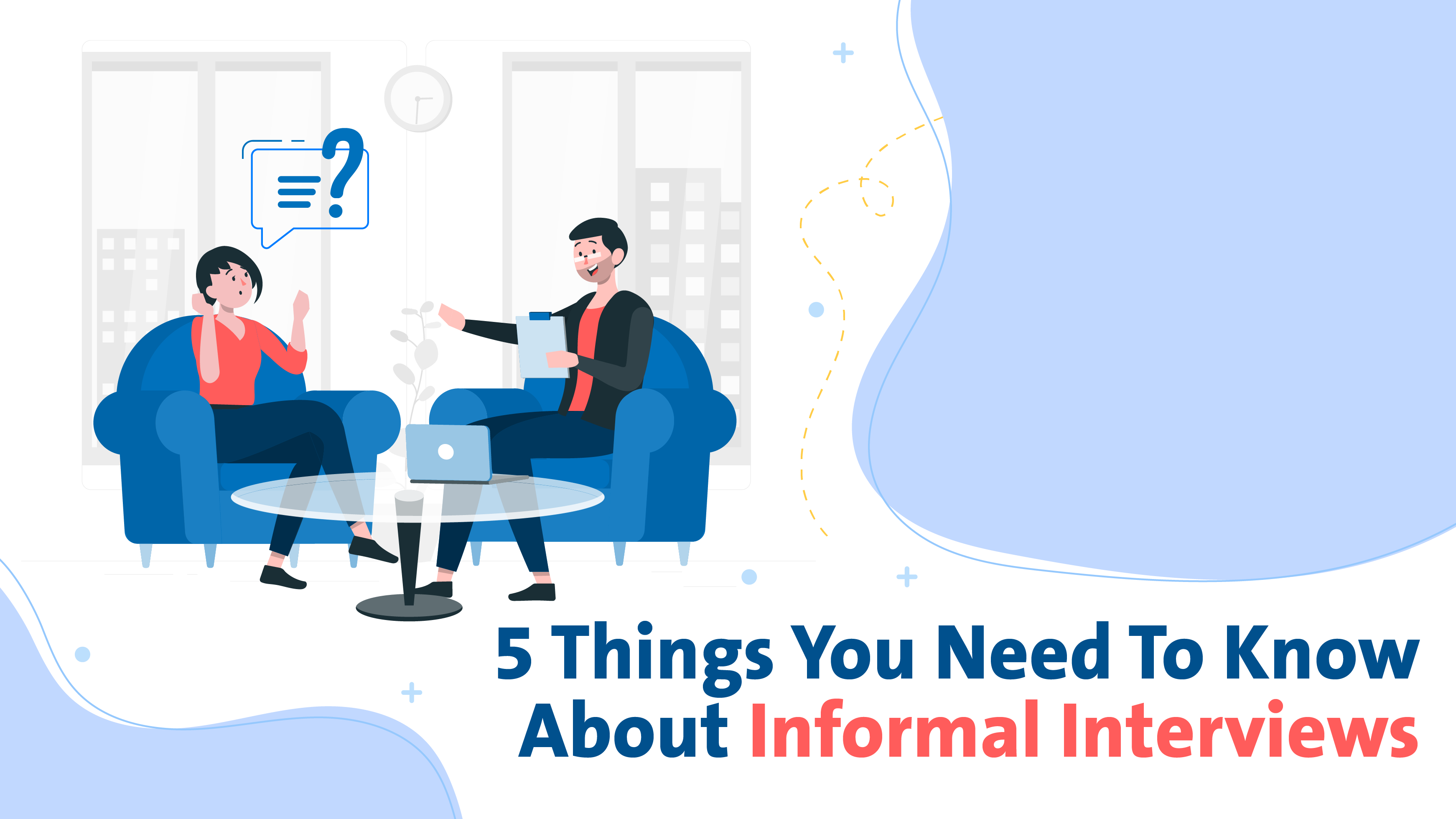 5 Things You Need To Know About Informal Interviews
Here are 5 tips to help you ace that informal interview.