Listed under Bursa Malaysia, AMB issues its own Annual Report. In 2011, AMB issued its first Sustainability Report to create transparency by reporting its non-financial performance.

Allianz General is one of the leading general insurers in Malaysia and has a broad spectrum of services in motor insurance, personal lines, small to medium enterprise businesses and large industrial risks. Allianz Life offers a comprehensive range of life and health insurance as well as investment-linked products and is one of the fastest growing life insurers in Malaysia.

With 37 branches in major cities nationwide, Allianz Malaysia aims to distinguish itself as the most trusted provider of financial services to suit the lifetime needs of Malaysians and at the same time, play a role as a responsible corporate citizen. 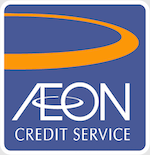