Media Prima was established in 2003 and has grown to become Malaysia’s leading fully-integrated media group. The Group was formed out of the de-merger of Malaysian Resources Corporation Berhad’s media assets, namely Sistem Televisyen Malaysia Berhad (which runs TV3) and The New Straits Times Press (Malaysia) Berhad. Since then, our Group has grown to include: 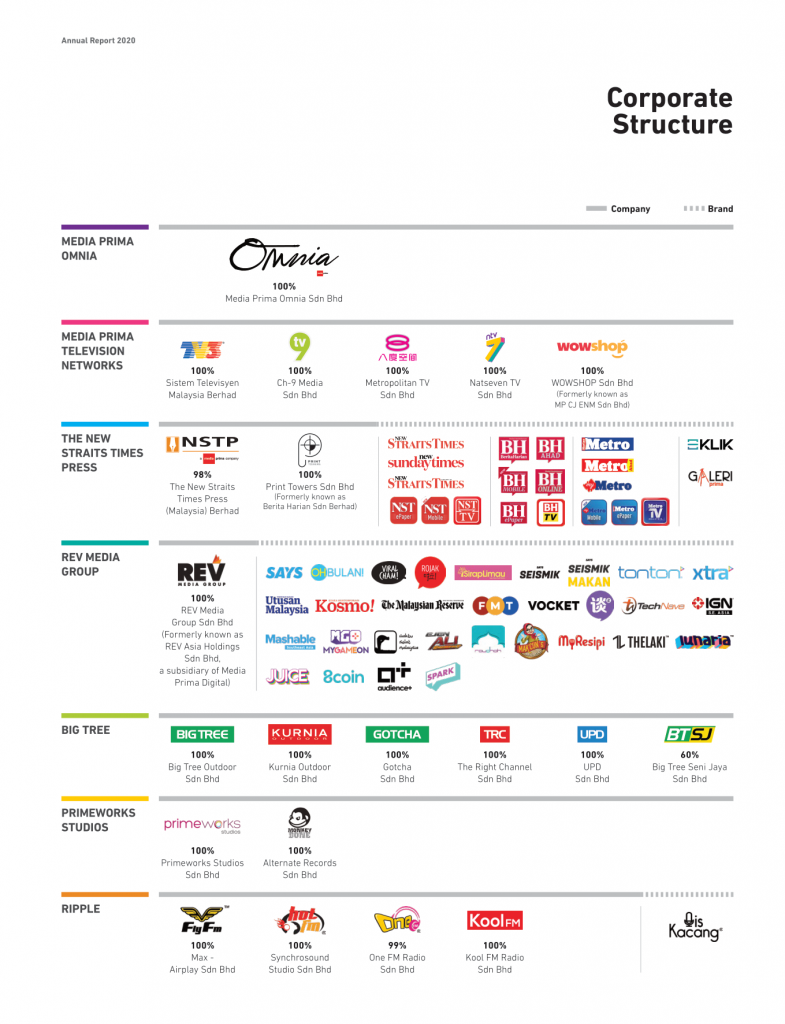 Inspidea
IT and Technology
Media, Journalism, and Publishing