OCBC Bank is the longest established Singapore bank, formed in 1932 from the merger of three local banks, the oldest of which was founded in 1912. It is now the second-largest financial services group in Southeast Asia by assets and one of the world’s most highly-rated banks, with an Aa1 rating from Moody’s. Recognised for its financial strength and stability, OCBC Bank is consistently ranked among the World’s Top 50 Safest Banks by Global Finance and has been named Best Managed Bank in Singapore and the Asia Pacific by The Asian Banker.

OCBC Bank’s key markets are Singapore, Malaysia, Indonesia and Greater China. It has more than 600 branches and representative offices in 18 countries and regions. Since its incorporation in 1994, OCBC Bank (Malaysia) Berhad (OCBC Malaysia) has grown to become one of Malaysia’s largest foreign banks by most counts. Its Islamic banking subsidiary, OCBC Al-Amin Bank Berhad (OCBC Al-Amin), was the first Singapore-based Islamic Bank established in Malaysia in 2008. To date, OCBC Malaysia has grown its total network size to 46 branches, comprising 33 conventional branches and 13 Islamic Banking Branches.

OCBC Bank was also named Best Employer for 2017, for second consecutive year. It is our great honour to be recognised for our commitment towards a sustainable talent strategy and for providing employees with differentiated experiences that helps them to achieve their career goals.

“We see You making a mark in the banking world” 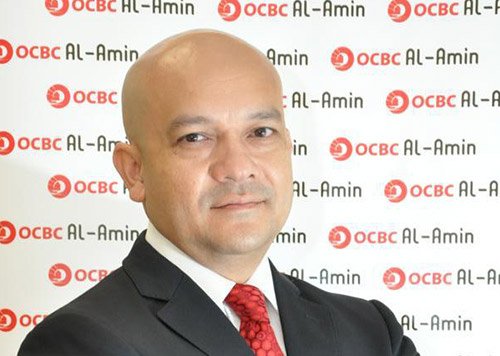 Learning from Leaders
Read on to find out more about leadership insights from Syed Abdul Aziz Jailani Syed Kechik, CEO, at OCBC Al-Amin.